The United Republic of Unknown People 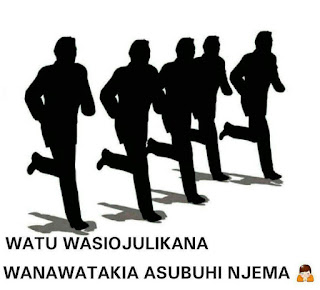 Apart from being sentimental and of course completely biased in favor of my country – I love Tanzania because of the people’s humor. Of course all nations claim to have a great sense of humor (well maybe not, I haven’t heard the Swiss brag about that or China!), but we really do have a fantastic sense of humor (no room for argument here!).
Tanzanians are often characterized as laid-back, lazy, easy-going, gentle, cowards (these are the negative stereotypes) but because our national language is Kiswahili (called Swahili by the foreigners), our humor is lost in translation to foreigners.
We find humor even in tragic situation and that is not because we have a morbid sense of humor but because that is how we process events (good or bad). And we often apply our sarcastic humor to political situations. A clear example is the horrific attack on opposition Member of Parliament Tundu Lissu (Singida East) who was gunned down in the capital Dodoma on Thursday. He survived the attack and currently being treated in Nairobi after doctors in Tanzania stabilized him and his party flew him out. This was the latest in a string of kidnapping, arson and attacks which were reported to have be done by “unknown people” or in Kiswahili “watu wasiojulikana”
So now the joke is that we have become the United Republic of Unknown People as coined by opposition MP – Zitto Kabwe on social media. 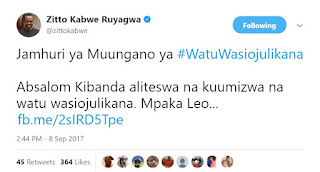 There has been many jokes and memes about “unknown people” , just follow the #WatuWasiojulikana hashtag: 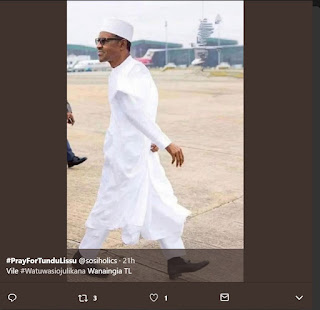 Underneath the humorous posts – there is soul searching, anger and frustration by citizens who want answers to some very serious issues. We may not express ourselves in the usual outraged manner but one can tap the collective mood from the memes and running jokes.


It is worthwhile tracking the running joke, buzzword and top memes to gauge our mood.
Posted by Unknown at 5:32 AM